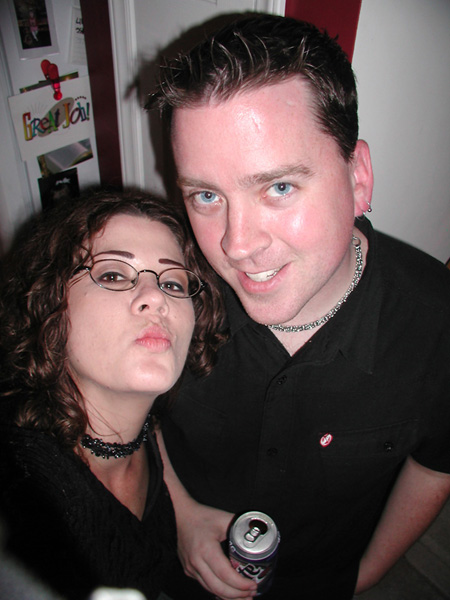 This is Christy B, CB for short.

The picture above was taken at her birthday party in August 2006, several years before I first found recovery. We were both graphic designers and had worked for the same company – in the same office – for almost 3 years.

I learned last that Tuesday that she’d committed suicide.

It was completely unexpected, and a reality check for how fragile the human spirit is.

Two years prior to our meeting, I had moved to Baltimore, MD for a relationship and a job (really, just the relationship – the job was simply a means to an end). After 6 months, I’d lost both, and my drinking spiraled out of control. Then 9/11 happened, and I returned to North Carolina, tail tucked between my legs. Back in NC and living on unemployment, my drinking continued. I was about to go bankrupt, had been arrested for my first DUI, and was in a deep depression.

Fortunately, I found a job with a company in Wilmington, NC in August 2002. I moved there in haste simply to have enough money to live and go into credit counseling. Six months after moving, one of my oldest friends from college wrecked his car driving drunk and passed away.  A year after that, the Wilmington company ended up going bankrupt. Things were looking up, I had managed to get back on my feet, and my license had been restored. But I needed a job – again. I felt like life simply wouldn’t cut me a break.

In It was December of 2003, fortune smiled on me and I started freelancing for an ad agency in Raleigh called AdStreet, and with the promise of a full-time job moved back to Raleigh and became roommates with an old high school friend. Raleigh is where I grew up, so for me it was a relief to be in familiar surroundings, with people and places I knew.

When I first started working for AdStreet, the company was headquartered in what was an old warehouse, with makeshift dividers and sheetrock put up to make it feel more like an office. The “art department” (four graphic designers, myself and Christy included) worked in a 15×15 room with terrible climate control. We were all in the trenches together though, and we couldn’t have been more different. Being a graphic designer in a smaller urban area is like that. Raleigh isn’t New York. You take what you can get, and you end up meeting pretty much everyone. Sure, I could’ve moved to New York – and it would’ve eaten me alive. 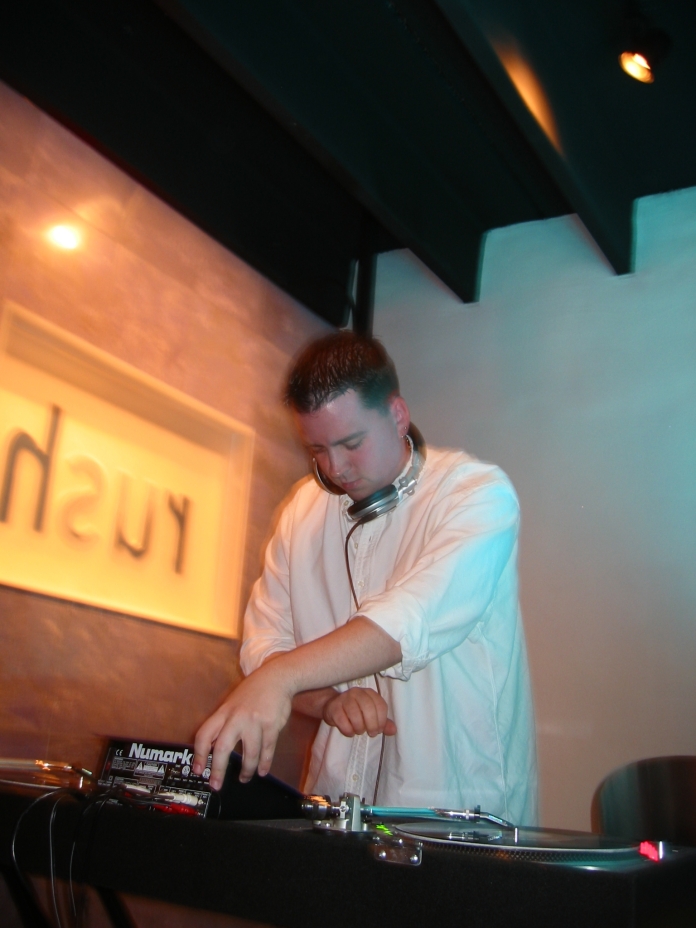 I went out drinking night after night with these people. I had a weekly residency at the hottest new lounge in Raleigh, and sometimes they would come out and dance.  Of course, I didn’t think of it as “active addiction.” I was free. I was back home and making a living after 2 years of non-stop crisis. I was paying down my credit cards, paying my bills, doing what I needed to do. I was grateful to celebrate with my co-workers, and it was always legitimately fun. We joked, we laughed, we argued. We went to lunch together. As frustrating as it could be sometimes, I’ve never been closer to my co-workers, before or since. 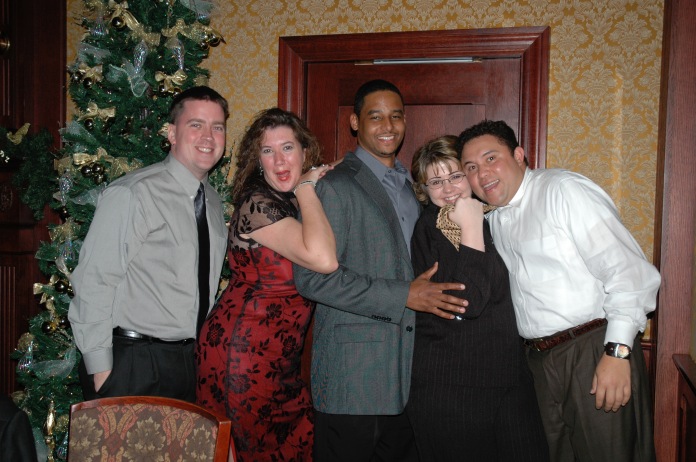 As companies sometimes do, we bought a brand new building and moved into it. It was ill-advised – we could’ve stayed in the same place and done just fine. The two owners split after the move, and the company changed names. It would still be AdStreet to me, but things had changed.

Christy and I now shared an office alone. We introduced each other to new music, we joked about *really* random things. For instance, the time I’d found a factory sealed coffee creamer container that had no cream. We kept it and laughed about it daily. We shared each other’s personal struggles and occasionally got on each other’s nerves. We went to concerts together. One was a free VIP pass to see Coldplay in 2005, a band I would’ve never given a second about until I saw them live. Even better, all our food and drinks were free.

I ended up leaving AdStreet in 2006, but Christy and i stayed in touch. Once 2007 rolled around though, and I began experimenting with drugs other than alcohol, I left all my old friends behind.

Christy had her share of trouble to deal with in my absence. A series of bad boyfriends (one of them horrible), money issues, and a move to Austin, TX to “start anew.” Much like my move to Baltimore, it sounded like everything had fallen apart around her, so she “came home.” At a dinner in late 2013, after coming back from my relapse, she confided in me that her drinking had taken a turn for the worse. She said she now “got me” and understood on some level what it must’ve been like for me. I told her that if she thought she had a problem, I could help her. We never talked about it after that.

A year or two ago, she messaged me on Facebook. While the message seemed legit, it was somewhat incoherent and almost seemed like she was trying to express that she had feelings for me. We had never dated, and I certainly never saw her as anything other than a good friend. I asked repeatedly if she was alright, if she’d been drinking. I really didn’t need to ask – I knew.

That was the last time we talked, beyond commenting on one another’s Facebook posts.

And then last Tuesday, it was too late.

I want for it to not be too late. I don’t even know how she did it, or what tipped her over the edge. I don’t hold anger in my heart, I don’t blame or judge her. I’m simply sad, and I miss her.

The world is an emptier place without you CB.

If you can see me CB, you know everything now. You see everything I’ve thought and done. Yes, Barb and I were going out and kept it secret from virtually everyone. It was a wonderful few months. You know now. I’m sorry I couldn’t tell you. 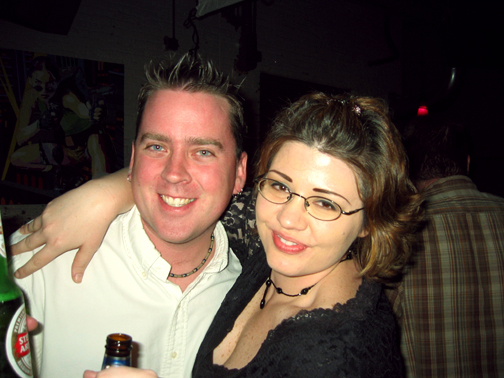 Her nickname for me was “Johnny Dollar,” after an old beach music song her mother frequently played as a child.

I don’t know where you are, but I hope that your strong faith led you to the place you were promised.

And I hope it is a quiet place.