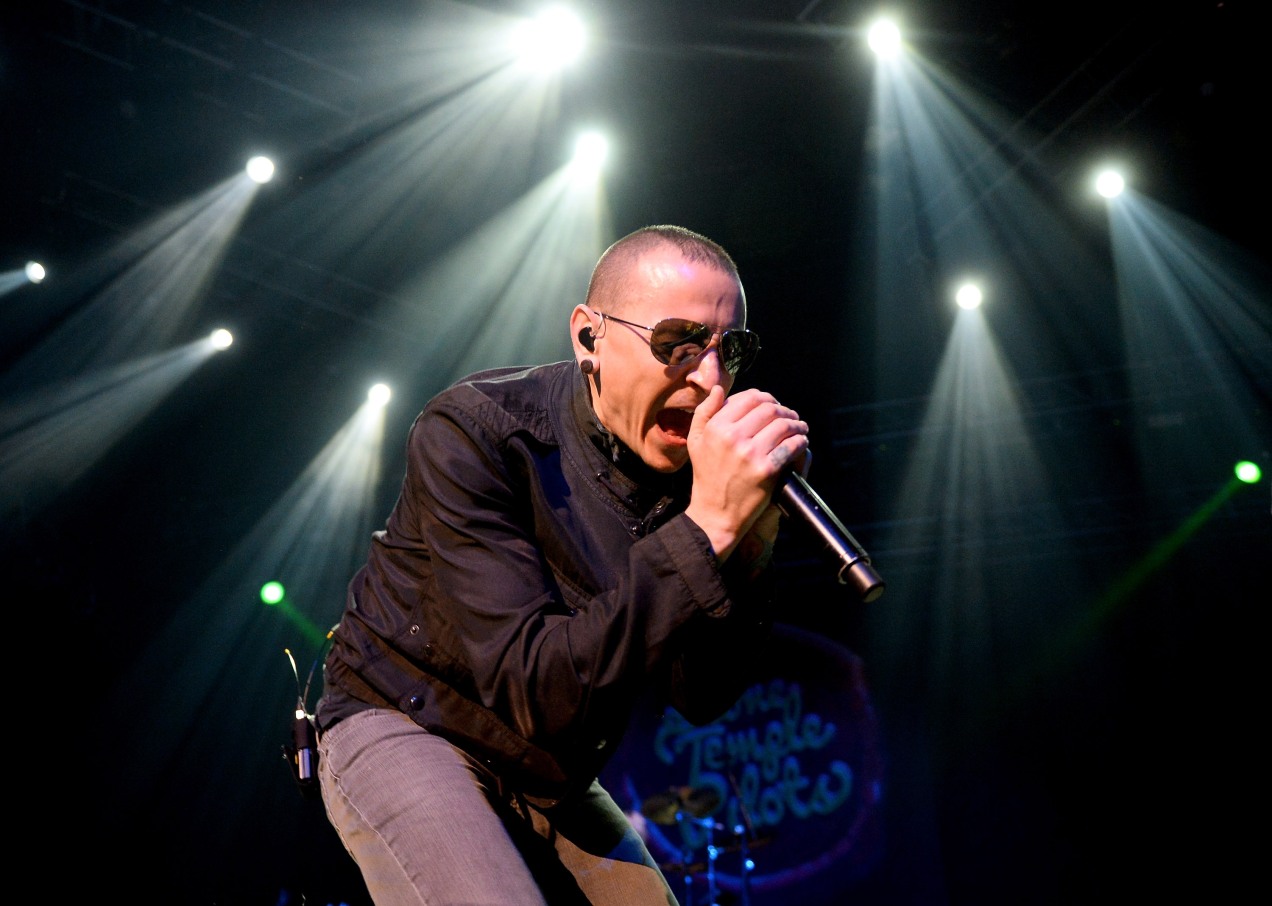 …and no matter how hard I try, I can’t get away from this dude.

I’m in a Wal-Mart. A fucking Wal-Mart “neighborhood market” (as if there’s anything “neighborhood” about a Wal-Mart). And as I walk in to buy rawhide dog bones at 11:30 at night, there’s that voice:

I was living in Baltimore the first time I heard “In The End.” I had moved there in March of 2001 for a relationship and a job. Really, for the relationship. She and I had dated long distance for over a year and I was tired of the long drives from North Carolina to Maryland. I really loved this person, but she had fallen for an older co-worker with more life experience and more money. Her father even called her out on it once which was pretty funny. For my part I was clingy and insecure, which always helps.

Five days after I moved, she decided she “needed some space.” Two months later, my job let me go. “It doesn’t even matter how hard you try.” I had no rudder, nowhere to go. I was drinking myself to death and hemorrhaging money. My dad told me to find Jesus and go to an AA meeting (some of you may agree with him – I did not).

My drinking, of course, got worse the minute he said that. He told me he’d drive up to Baltimore to read the Bible with me. Exactly what he did with my Mom when she was drunk. I remember the three of us going to church together at the height of her active addiction, some time in 1987. She would nod off in the pew like a heroin addict overdosing then coming to.

Being a recovering alcoholic and drug addict, I know better. Taking a drunk person to church, reading Bible verses at a drunk person…these are futile acts of desperation. I could’ve told him that as a 13-year-old who’d never had a drop of alcohol, but now I was in those crosshairs, as though he wanted to drive to Baltimore and perform a séance with me. I just wanted him to listen to me, not talk at me. It was not to be.

I was running out of money at and couldn’t find a job. I was in pain, and no one seemed to care enough to actually hear me.

The Pentagon was still smoldering as I had begun driving my stuff back to my mom’s apartment in North Carolina. I had utterly failed, and the world was crumbling down around my ears. “In The End” was one of 3 videos in constant rotation on MTV. “Overcome” by Live, as well as “Drops of Jupiter” by Train were the others. It was a sad time. Chester understood. He knew times like that.

And that voice, Chris, the band…god bless Mike Shinoda spitting bars that made me remember her all over again, the anger:

I snap back again. Hard to shake the feeling, but that’s music for you.

I had often wished I could jump on stage with Linkin Park and fill in on bass for one song. Hell, I’ve played for 25 years, guitar and bass. Too late for that now, but if it hadn’t been for “Hybrid Theory,” I wouldn’t have made it out of Baltimore alive…

12 years after Baltimore, and for the second time in my life, I found myself in rehab. The downward spiral that began in Baltimore had started a chain reaction which I don’t think I ever really overcame. My drinking and drug use had spiraled out of control, and after a first trip to rehab, a near death experience from an overdose, and another failing relationship later, I was (again) at the lowest point in my life.

I was living in an Oxford House for the second time, once again re-assembling my life. And on Facebook, I heard a familiar voice:

Chester knew. He’d been there. And there was Mike with those bars again:

“Nah, you don’t know me
Lightning above and a fire below me
You cannot catch me, cannot hold me
You cannot stop, much less control me
When it rains, it pours
When the floodgates open, brace your shores
That pressure don’t care when it breaks your doors
Say it’s all you can take, better take some more.”

The beat was all EDM, finishing touches provided by Steve Aoki. But the guitar was in there, the voices were there, the interplay between Chester and Mike, the heart. It was my rallying cry. The guy old enough to know better had run out of lives to lose. Dad was nowhere to be found, except to tell me he was done trying to “help.”

Time to grab the reins one last time and right the ship, and then never ask anyone for help again. No more waiting for a light that never comes. My journey towards agnosticism – and personal salvation – began right there.

In my determination to never ask anyone for help again, help came to me.

I’m coming up on four years clean and sober. I’m engaged to the love of my life, a real woman who doesn’t need to “trade up” at the first sign of trouble. I have a good job, a good home, and somehow after almost 20 years the DJ FM brand remains and is somehow still relevant, even if I haven’t sold 1,000,000 copies of anything.

I never knew you Chester. I never got to see Linkin Park play. We weren’t even that far apart in age. You were so lucky that you got to meet Chris. He and his band got me though my teenage years, and it sounds like he may have done the same for you. I hope wherever you both are, you’re jamming with him and making amazing music.

I hope someday I get to see you and thank you for what you did. Maybe you can see me now, or maybe I’m simply thinking magically to make myself feel better. Either way, it’s a comforting thought.

Until then, take your rest Mr. Bennington.