I’m not very good at this blog thing.

I write only when the muse strikes, never regularly. I should probably check my keywords for SEO purposes, but I have to do that so much in terms of promoting my music it gets tiresome.

I do like to write about my victories, and this is one.

113/67. The lowest my blood pressure has been in years. I credit that to sobriety, to eating better, and to walking/jogging consistently.

Of course, in order to understand the significance of these two numbers we have to flash back a bit.

September 17, 2009. I was opening for DJ Heavygrinder in Raleigh, at a brand new venue called Solas. Five years prior I had DJ-ed an EDM Lounge called Rush Lounge. We were the new kid on the block back then, and I thought I was hot shit. I was also 60 pounds lighter.

Now Rush was closed and I was playing a 3-story dance club which stood half a block away. The torch had been passed. Had I been sober, I might’ve grasped the significance.

Instead, felt like absolute garbage. I had been drinking all day, and doing G. At that point I probably weighed 270lbs. I would get so nervous before a gig, I would have to be completely fucked up just to play. And I wouldn’t play well.

I opened, I don’t think I got paid. Maybe I did. I was too drunk and high to care. Somehow I made it from Solas down the street to a club called 606, drinking and taking G all the way there. I saw a friend at 606, who later told me I was completely incoherent. I couldn’t remember anything I did after leaving Solas, even how I got to my buddy’s house to crash. I vaguely remember driving.

I had a doctor’s appointment at 8am the next day. I think my girlfriend was the one who wanted me to see this particular doctor. I was having trouble sleeping (shock) and had terrible sleep apnea (again, shock). At that point I was experiencing severe withdrawal symptoms, so I made sure to bring a supply of G and some vodka in a flask with me. It would get me through the doctor’s visit.

Even with all that I was terrified when i got to the doctor’s office. My shakes were bad, my anxiety was through the roof. How did I get home last night, again?

After an hour of waiting, they took me back. I spent another 20 minutes in one of those small examination rooms. They took my blood pressure.

The nurse looked at me and took it again. The look on her face was one of absolute terror. No one would tell me what my blood pressure was for almost 30 minutes.

For the next eight months, I would be on two different blood pressure medications. I can’t remember what they were. I also bought a blood pressure monitor – the same one you see in the photo. I was taking some measures to look after my health. Nonetheless, my DUI arrest would be two weeks after the doctor’s visit, and my overdose three weeks after that. Then a month of couch-surfing. Then rock-bottom. Then rehab.

Almost 8 years and a lot of history later, I get to see the benefits of my choice(s) to stay sober every day. Sometimes they’re big things – legal victories, musical accomplishments, amends and forgiveness. 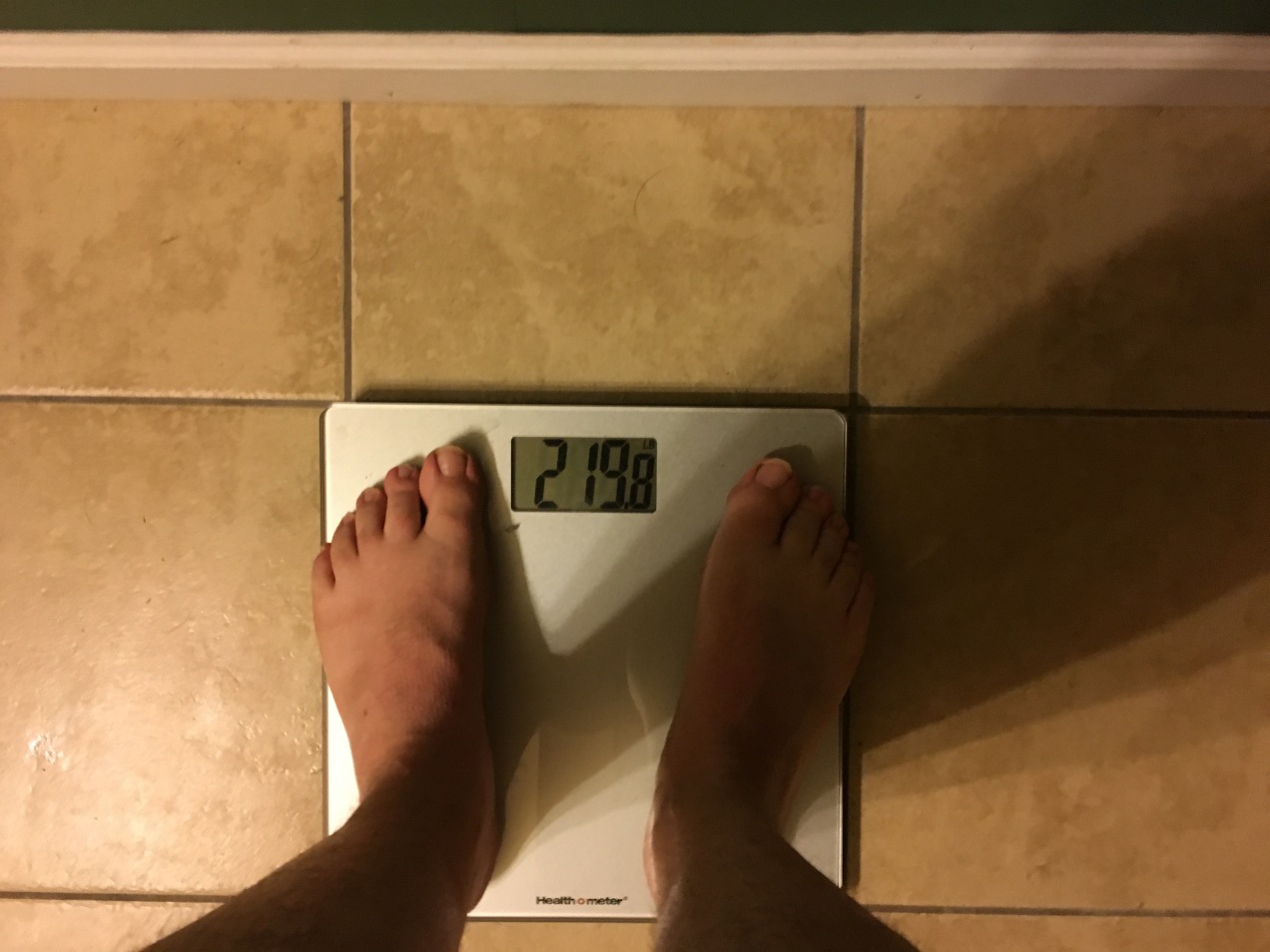 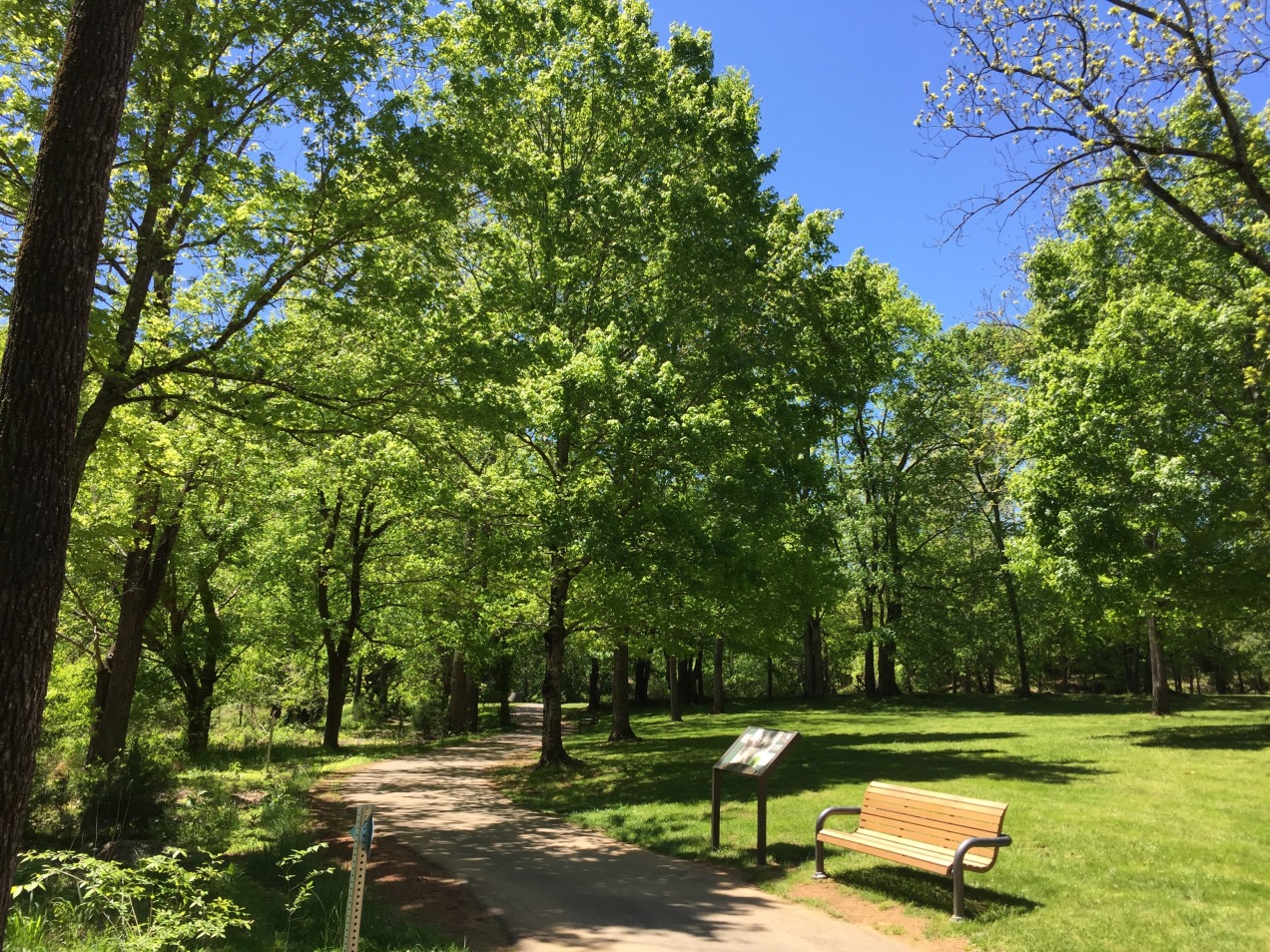 During my 6 years in recovery from addiction, I’ve learned that exercise is essential. By “exercise,” I don’t mean a pick up basketball game, 3-4 hours in the gym, or training for the Tour De France. I mean simple, regular, and consistent physical activity.

Every so often I’ll come across some #GenX pundit (I’m Gen-X, by the way) who has some clever reason for “why millenials are fucked up.” No different from what the baby boomers did to Gen-X 20-30 years ago – come on guys, didn’t we learn from this shit already? Invariably one of the reasons they give is that “we had to play outside – not sit inside on our smartphones!”

So, from someone who didn’t play outside, who is a Generation X’er, let me explain what life was like for me between ages 8-18. I was awful at any kind of athletics, in school on otherwise. I was frequently ostracized and bullied because of it, and as a result hated physical activity or playing outside – because playing outside always involved some type of competition. Competition which I almost always lost, and was then berated for.

So I stayed indoors and learned about computers, programming languages, and video games. In 1985 my parents bought me one of the original 8-bit Nintendo Entertainment Systems. For 3 days, I was locked in my room with very little food, playing Super Mario Brothers incessantly, until I won the damned thing. My path was clear.

At various points in my life, I’ve struggled with my weight. I’d go on jogging binges for months at a time while simultaneously downing enough alcohol to knock down a horse – all the while wondering why I would lose barely 2 tenths of a pound after having gone 5 miles. Of course, I’d give up shortly thereafter. And once drugs other than alcohol entered the picture? Forget it.

In November of 2009 after 15 years of pummeling my body, I went to rehab. Today, I’m almost 6 years removed from that horribly naive, dysfunctional, insecure, overweight and dying mess I had become. And I’ve discovered a few simple things that *anyone* can do to improve their health (and help recovery):

– Walk. It’s not a competition. It requires little to no equipment. You don’t have to have a gym membership, black yoga pants or a pink fleece or an Under Armour shirt or $200 Nike’s to do it. A decent pair of shoes with good insoles to help protect your knees is all you need. And, a favorite place to go walking. (The pic below is a state natural area where I like to go on my lunch break. I took this picture today in fact.) We are surrounded by sidewalks, greenways and trails which will take us to every corner of our country. They are free – some of our tax dollars go to maintaining them. Use them! If you can, try to go walking every day, for at least 30 minutes. Take your favorite music – or not. Take photos! Make it something you enjoy, not a chore. 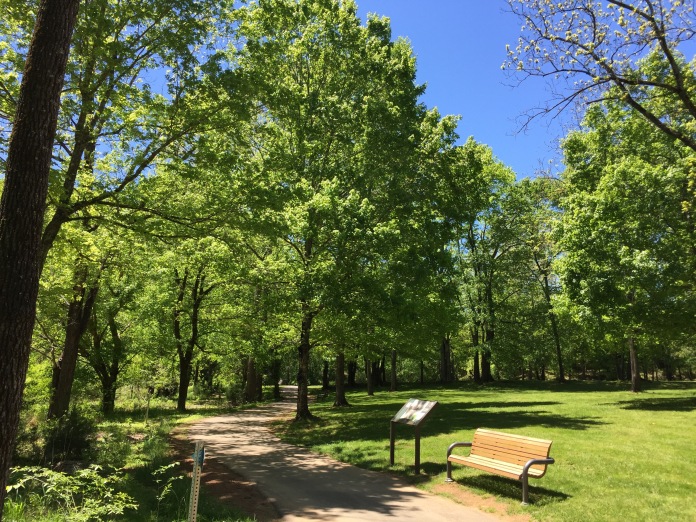 – Drink Water. Quit Soda. This one will probably be the toughest. Deal with it. Here’s a hard truth: The ingredients in a 2 Liter Coca-Cola will dissolve the paint from your car and take rust off a nail. You’re putting that into the lining of your stomach daily. According to this video, a 12oz can of soda has the same harmful effects on your liver as a 12oz can of beer – without the buzz! Start by drinking flavored seltzer water – if you choose the lemon flavor, you’re getting the carbonation and citrus kick from soda which should help you transition. Zero calories, zero artificial ingredients. Water, lemon. Arrowhead is a good brand and can be purchased at Wal-Mart. Trader Joes also has several varieties of sparkling water that are flavored.

– Walk away from fast food. You know fast food tastes awesome. You know it’s horrible for you. So you’re going to have to make a very simple, and very difficult choice: are the taste benefits outweighing the damage you’re doing to your health? In the south, we have a fried chicken chain called Bojangles that’s the BOMB. My friends and I used to get it every Sunday after spending the entire weekend eating ecstasy. I used to eat the 3 piece wing dinner daily for lunch at work. The wing dinner alone contained 106% of my daily sodium intake. That’s 106% in that meal alone, every single day. If you eat fast food for breakfast and lunch, you’re probably spending anywhere from $10-15/day. That’s $50-$75/wk, or $200-300 a month you could be saving.

Quitting alcohol and drugs is one of the hardest things I’ve ever done in my life. If you can do that, you can also take these 3 simple steps – one day at a time. I promise, you won’t regret it.